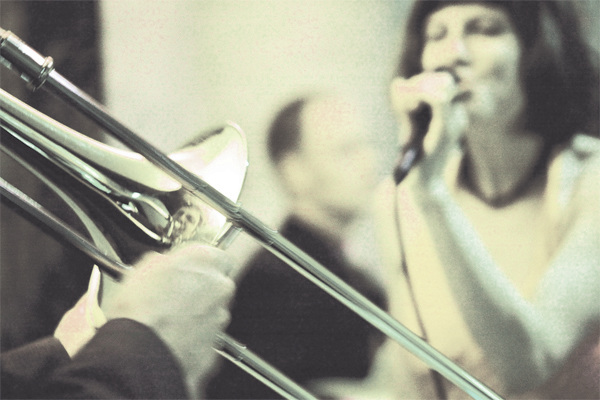 Leslie Helpert, a musical and visual artist, is a performer, composer and music educator who has performed (electric/acoustic guitars, voice) her own music in over 300 venues worldwide, from The Lino Ventura Theater in Nice, France, The Kechmara in Morocco, Primavera Sound in Barcelona, to Yoshi's Jazz Club in San Francisco.  Based between New York and Barcelona, Helpert works in a variety of musical collaborations spanning multiple styles of music worldwide.   Having written over 1,0000 lyrical songs, Helpert's recorded six records of original music and been part of releases on Motown/Universal Records and Sundance Films.

Since 2004, Helpert has performed a tribute to the legends of traditional jazz, namely Billie Holiday.  In 2008, her Billie Holiday tribute performed for the country of Bermuda's ministry of art and culture during Helpert's season as the elect composer-in-residence.  She's performed this project throughout Europe, North Africa and North America.   With a variety of some of the best jazz musicians worldwide, the song are malleable---true to the nature of Jazz; inevitably modernized, often filled with much improvisation within structure and possessed with the inexhaustible passion Helpert carries for the heritage of this body of music, written between the 1920's-50's and continually beloved.  Possessing a diversity of intensity- her tribute's repertoire ranges from tender ballads and suave Bossa-nova to the original crooning of the early swing era.  Helpert thinks of the role of the vocalist as she'd think of any horn or melodic instrument and enjoys immensely sharing this music in ensemble with the great instrumentalists of the day.